“I fell in love with Mixed Martial Arts in the middle of the Liddell Ortiz era and have been hooked ever since. I viewed fighting in an incredibly different way. The rawness and complexities involved, paired with the lingering anxiety attributed to the abundance of ways for the fight to end? Sure, sign me up.  As a hockey player, the rush from MMA is similar to the one I got playing the game. Beyond the easy comparison of fighting in hockey, I believe MMA is comparable in aspects of the immense dedication it takes that feels like an addiction. I’ve put myself through the taxing highs and lows of competition, emotionally and physically, that weighs down on our soul when we fall short and the existential feeling of accomplishment when we are rewarded. Mixed Martial Arts is similar in those ways and it’s what drew me to the sport when I was shown how the sport truly is; beyond the cages and ring, beyond the surface of the athletes. While I have never participated in MMA, watching the sport has taught me an incredible amount about the art of fighting. The intricate and awe-inspiring way, both striking and grappling, is a craft that I consider masterful. While they may be tagged as fighters or athletes, they are artists in the purest form. Just as in any area of art, only a few become Picasso or Mozart.

When we speak of human existence and the undeniable phenomenon of our being, our true nature exists in our mind and body. That is all that we have control over and Mixed Martial Arts is one in the same. It uncovers our physiological and psychological limits, recreating our true nature of survival at its core. While many might not agree, I am glad to witness the brilliance of it all.

For the record, while MMA might be a big focus of mine, my passion for writing is the reason I started this endeavor. Anything that may peak my interest in pop culture that I want to express, I will share those think-pieces because I just love to write about my true passions. Whatever they may be, I promise they will be insightful and I hope you enjoy!” 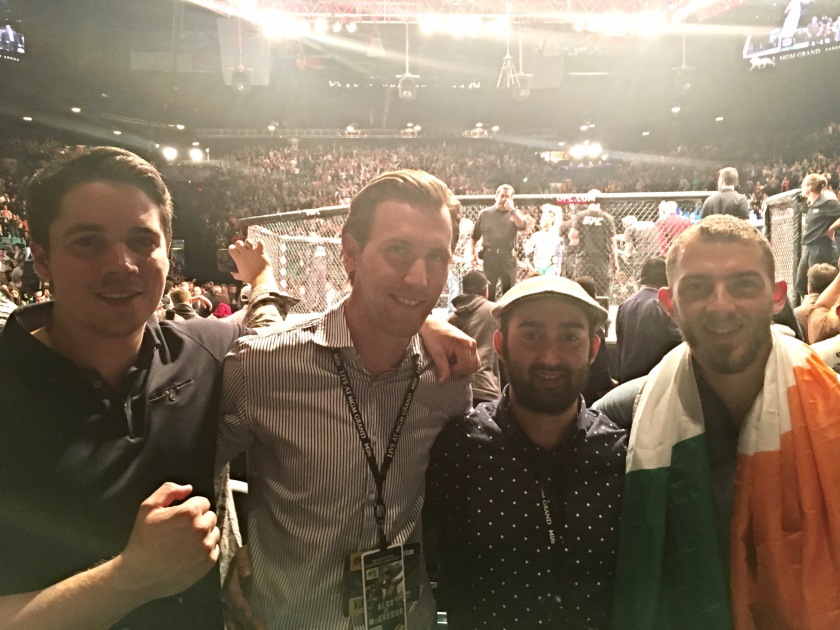