Every fight fan can recount the glorified, and iconic, Rocky films. Rocky Balboa is pretty much a household name in America. Rocky is a staple of the Philadelphia faithful and a crowning achievement in sports filmography. The embodiment of drama and borderline insanity, Rocky kept on pushing, and we loved him for it. Nearly 40 years removed from the original Rocky, comes the new age fight film in Creed.

Starring the incomparable and ingenious Michael  B. Jordan, Creed takes us on a journey that is familiar, yet different all the same. Sylvester Stallone has never been better as iconic Rocky, transcending his performance beyond the boxer we know. Jordan, with undeniable raw talent, immersing himself in his performance as Adonis Creed while establishing and reinventing a classic franchise, is a success in every way. (see: Fruitvale Station). 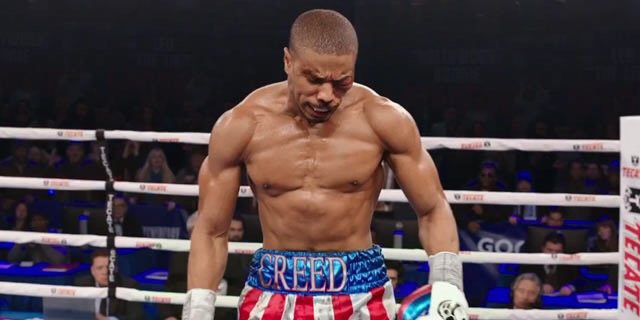 “It’s you against you. He’s just in your way.” -Rocky Balboa

Another noteworthy change for the good of the franchise is the ever-advancing technology age in film we are currently in. The fight sequences are an absolute revelation. It is something I have never experienced in a fight film. It brings you into the fight like never before, slowing and raising  your heart rate like you are the one fighting. The musical score makes you feel every punch in the round and when a fighter gets rocked, it’s like you’re in the haze with them.

While packed full of ups and downs, this film is worth watching for every fight fan or non fight fans. It makes you appreciate the fight game. I believe this may very well be Stallone’s best film yet, in the terms of the overall balance of the film; writing, direction, and acting.

Smooth runs the brook where the water is deep...